Every year from June- September humpback whales migrate from Antarctica in order to breed in the warm Ecuadorian waters. They need to do so because the young are born with a very thin protective layer and could not withstand the cold of Antarctica. "Gringo on the Beach" is working toward offering tours to see these beautiful whales in action right off the coast. 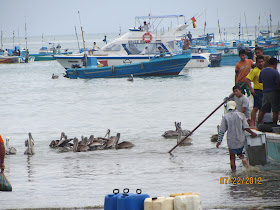 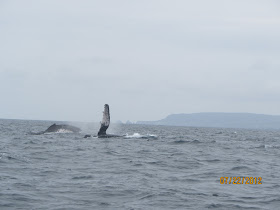 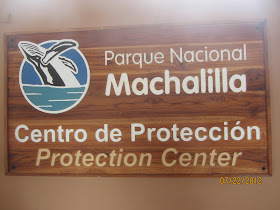 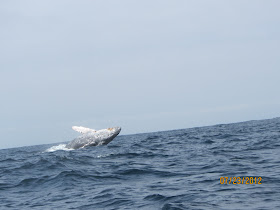 This week, Gringo on the Beach traveled to Puerto Lopez, a small town known for it's tourism, specifically whale watching.  We zipped along the water in the direction of the small island called Isla de la Plata (Island of Silver).  The island gained this name when one of the Spanish conquistadors saw the glimmering island in the distance and thought it was made of silver.  We arrived at the island and saw "blue footed boobies" for which the island is famous.  We also saw many whales on the way, and on the way back.  Already stated, Gringo on the Beach hopes to soon offer whale watches directly off the coast of our property, and is working on the permits now.  This would be fantastic, because if offered, individuals would not have to go all the way to Puerto Lopez, the only place where whale watching is offered, to see the whales in breeding season. 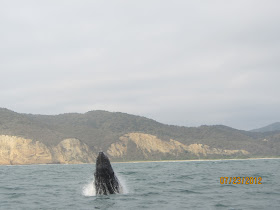 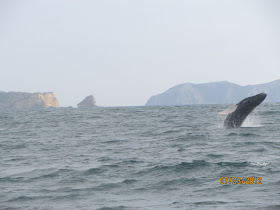